The five-bedroom stunner is just one street back from the banks of the Maribyrnong River and had been offered for private sale with price hopes of $2.5 million-plus.

Alexkarbon director Charles Bongiovanni confirmed the property had sold prior to an expressions of interest campaign closing on March 21, but said he could not comment on any details.

Last month, Mr Bongiovanni told the Herald Sun the house was “definitely up there” with the suburb’s elite properties.

“It has great vistas of the Maribyrnong River and it’s close to the parklands and river precinct,” he said.

“It’s a contemporary family home, high quality spec, and has a great usable floorplan as well. It has really spacious bedrooms that are ideal for a growing family.”

Mr Bongiovanni said the suburb boasted some prestige properties, with a home on The Boulevard — the northwestern suburb’s premier strip — selling for a record $3.9 million in December.

It is not clear where the family will base themselves in Victoria following the sale.

The home features a theatre room, large open-plan living, kitchen and dining area, and a sunken loungeroom which opens to an outdoor entertainment area and infinity pool.

Two of the four upstairs bedrooms have ensuites, one with a spa. Both also have balconies, one with river views.

There is also a study on the upper level, while the fifth bedroom is downstairs and perfect for guests. 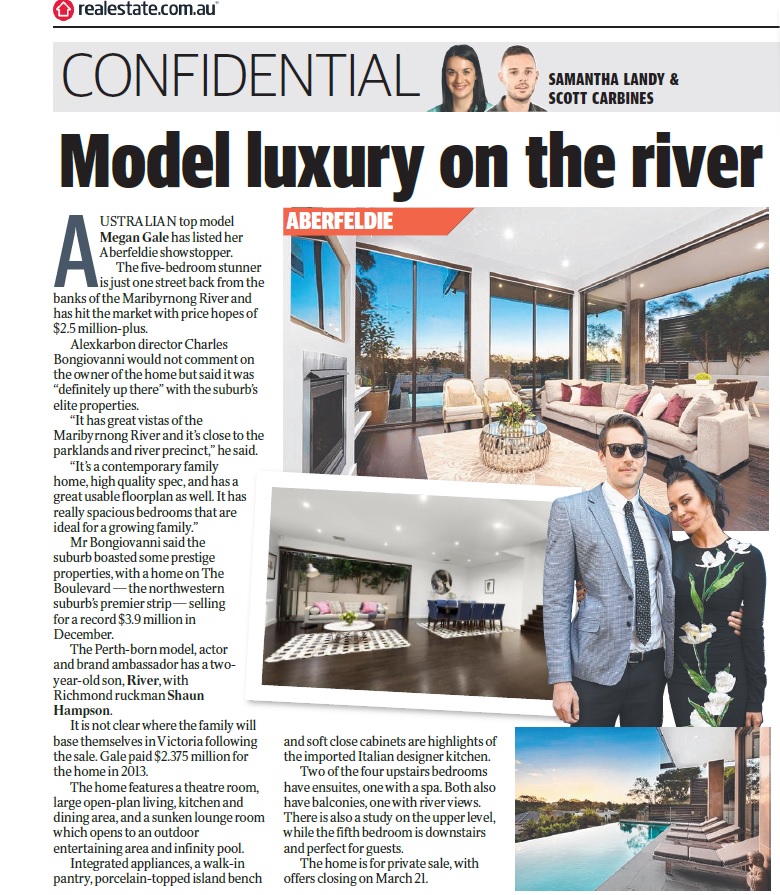