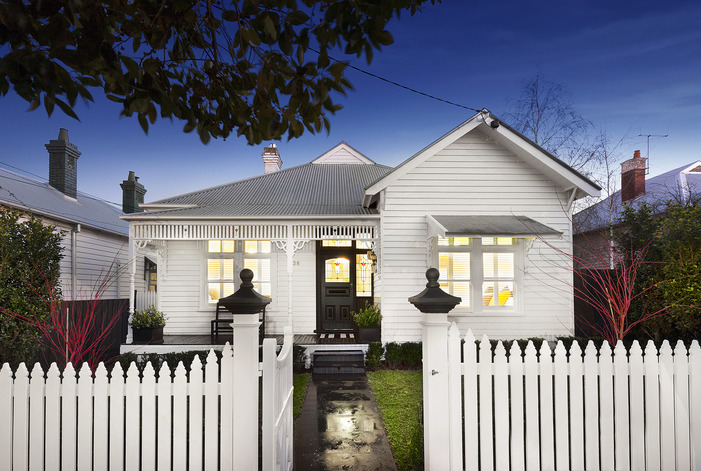 A downsizing couple from Ascot Vale won the keys ahead of three young families as Melbourne turned on the spring sunshine.

Waite and wife Jackie bought the house in 2008 as their “forever home” but are moving to a larger property in Strathmore as their family grows.

The key forward said prior to auction he would rather be running around on the ‘G in September but was “excited but nervous” about the sale.

He said the couple had refurbished the property, including a fresh paint job and replacing some windows, and the prized location had been a favourite feature during his time there.

“It’s the perfect location for footy,” he said.

“And just to get around the city and stuff it’s been perfect in that regard.”

The couple, who lived at the home with their baby son and two dogs, will renovate their new property, which has a north-facing backyard.

“(And) enough room for a little kick in the backyard so that’ll be nice when the little fella gets older,” Waite said.

Alexkarbon, North Melbourne, director Charles Bongiovanni said Waite and family were rapt with the strong result, which soared past a reserve price of about $1.3 million.

He said the buyers loved the location close to Puckle St and the home’s low-maintenance appeal.

One of the bidders that missed out did not go home empty-handed, though, taking home a North Melbourne Sherrin signed by Waite for kicking off the bidding at $1.305 million.