RETIRED North Melbourne defender Michael Firrito had a win on the auction market yesterday as the city’s auction numbers bounced back past 1000.

It was one of 1133 auctions scheduled across Melbourne this week, with CoreLogic recording an early clearance rate of 77 per cent.

Competition between two groups went back and forth from a $1.15 million starting point — but the last man standing came in with two raises of $500 in the final moments.

AlexKarbon, North Melbourne, director Charles Bongiovanni said the man had been bidding for the four-bedroom house on behalf of a couple.

“They loved the low-maintenance of it, the north-facing backyard and just the convenient location,” he said.

Firrito’s reserve was about $1.28 million. He said prior to auction he and wife Bonnie had loved the property they bought off the plan but it was time to upsize.

“This has been great for us but in both our childhoods we had lots of space so we’re looking for somewhere a bit bigger where they (the kids) can run around and ride their bikes.” Firrito said. 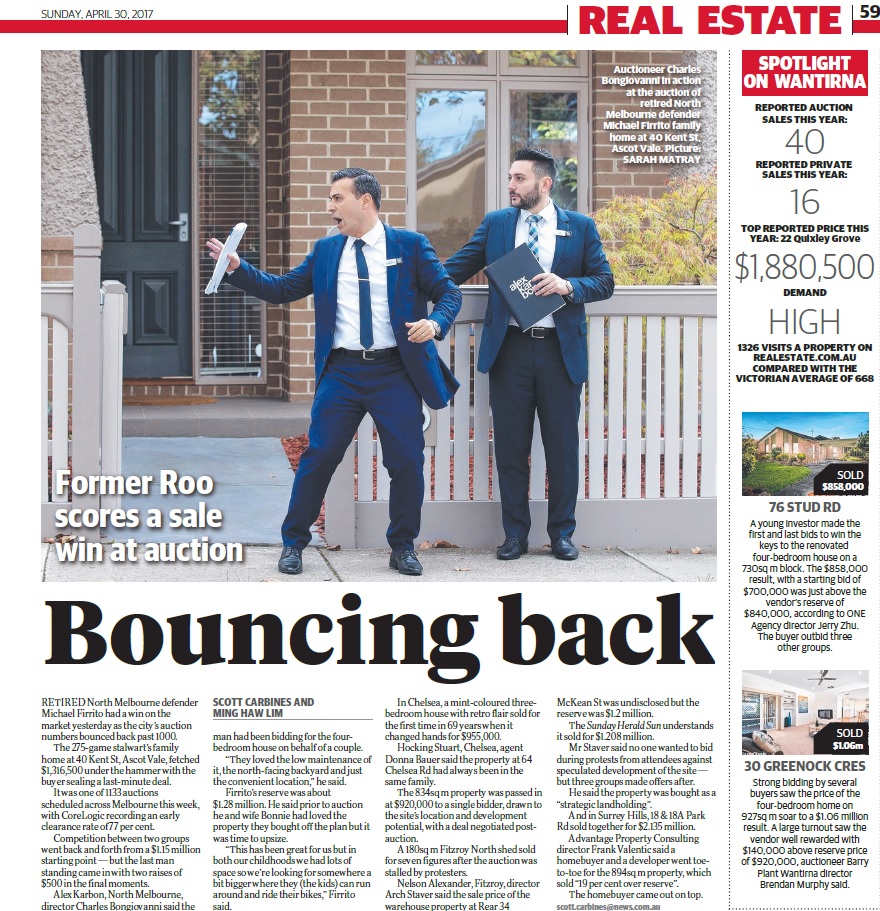